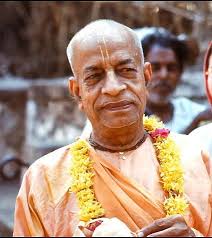 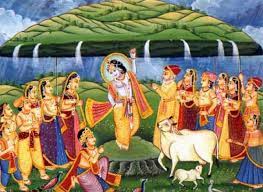 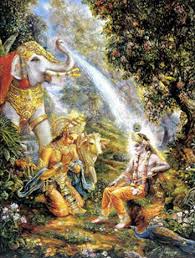 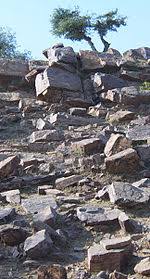 Srila Prabhupāda: (chants japa) So there are many Japanese vegetarian? Or he is only.
Dai Nippon Representative: Lately it is quite increasing in Japan, yes, becoming popular, because we have a lot of problems with pollution. We have a lot of social problem like pollution, traffic jam. So people, in order to keep good health, vegetarian is very good for health.
Srila Prabhupāda: Yes. Vegetarian food is very nice. We can give you vegetable menu, three hundred items at least.
Dai Nippon representative: Three hundred?
Srila Prabhupāda: Three hundred. Simply grains, fruits, and butter, that’s all, and sugar. You give us these four items and we give you three hundred items. Yes. There is a ceremony in India, annakūṭa, Govardhana–pūjā. So in that ceremony, in each and every temple they prepare as many varieties as possible. Some of them prepare three thousand.
Dai Nippon representative: Three thousand.
1972 Conversations : March, 1972 : Conversation with Dai Nippon — April 22, 1972, Tokyo

Books : Sri Caitanya-caritamrta – 1975 Edition : Cc. Adi-lila : Adi 7: Lord Caitanya in Five Features : Adi 7.45 : PURPORT :
There are many Vaiṣṇava families in Bengal whose members, although not actually born brāhmaṇas, act as ācāryas by initiating disciples and offering the sacred thread as enjoined in the Vaiṣṇava tantras. For example, in the families of Ṭhākura Raghunandana Ācārya, Ṭhākura Kṛṣṇadāsa, Navanī Hoḍa and Rasikānanda-deva (a disciple of Śyāmānanda Prabhu), the sacred thread ceremony is performed, as it is for the caste Gosvāmīs, and this system has continued for the past three to four hundred years. Accepting disciples born in brāhmaṇa families, they are bona fide spiritual masters who have the facility to worship the śālagrāma-śilā, which is worshiped with the Deity. As of this writing, śālagrāma-śilā worship has not yet been introduced in our Kṛṣṇa consciousness movement, but soon it will be introduced in all our temples as an essential function of arcana-mārga (Deity worship).

Books : Sri Caitanya-caritamrta – 1975 Edition : Cc. Madhya-lila : Madhya 1: The Later Pastimes of Lord Sri Caitanya Mahaprabhu : Madhya 1.97 : PURPORT :
This Kṣīra-curī Gopinātha is situated about five miles away from the Bāleśvara station on the Northeastern Railway, formerly known as the Bengal Māyāpura Railway. This station is situated a few miles away from the famous Kargapura junction station. Sometimes the charge of the temple was given to Śyāmasundara Adhikārī from Gopīvallabhapura, which lies on the border of the district of Medinīpura. Śyāmasundara Adhikārī was a descendant of Rasikānanda Murāri, the chief disciple of Śyāmānanda Gosvāmī
Books : Sri Caitanya-caritamrta – 1975 Edition : Cc. Madhya-lila : Madhya 4: Sri Madhavendra Puri’s Devotional Service : Madhya 4.12 : PURPORT :
There is a railway station named Baleśvara, and five miles to the west is the village of Remuṇā. The temple of Kṣīra-corā-gopīnātha still exists in this village, and within the temple the samādhi tomb of Rasikānanda Prabhu, the chief disciple of Śyāmānanda Gosvāmī, can still be found
Books : Sri Caitanya-caritamrta – 1975 Edition : Cc. Madhya-lila : Madhya 8: Talks Between Sri Caitanya Mahaprabhu and Ramananda Raya : Madhya 8.128 : PURPORT : na sudrah bhagavad-bhaktas te ‘pi bhagavatottamah sarva-varnesu te sudra ye na bhakta janardane :
One who is actually advanced in spiritual knowledge of Kṛṣṇa is never a śūdra, even though he may have been born in a śūdra family. However, even if a vipra, or brāhmaṇa, is very expert in the six brahminical activities (paṭhana, pāṭhana, yajana, yājana, dāna, pratigraha) and is also well versed in the Vedic hymns, he cannot become a spiritual master unless he is a Vaiṣṇava. But if one is born in the family of caṇḍālas yet is well versed in Kṛṣṇa consciousness, he can become a guru. These are the śāstric injunctions, and strictly following these injunctions, Śrī Caitanya Mahāprabhu, as a gṛhastha named Śrī Viśvambhara, was initiated by a sannyāsī-guru named Īśvara Purī. Similarly, Śrī Nityānanda Prabhu was initiated by Mādhavendra Purī, a sannyāsī. According to others, however, He was initiated by Lakṣmīpati Tīrtha. Advaita Ācārya, although a gṛhastha, was initiated by Mādhavendra Purī, and Śrī Rasikānanda, although born in a brāhmaṇa family, was initiated by Śrī Śyāmānanda Prabhu, who was not born in a caste brāhmaṇa family. There are many instances in which a born brāhmaṇa took initiation from a person who was not born in a brāhmaṇa family.
______________________________________________________________________________________________