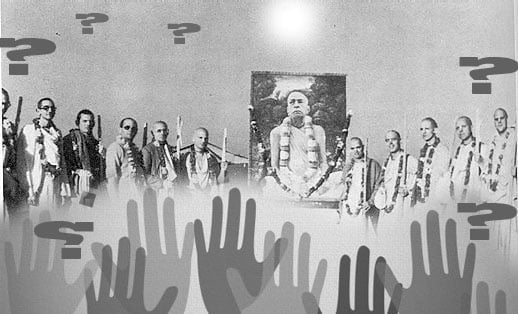 Enclosed please find one discussion document which we are humbly submitting for your consideration.

It contains some of the many questions which devotees are asking regarding the current situation in Prabhupada’s ISKCON.

We hope that you can take the time to go over questions in the near future.

Thank you for your time and consideration.