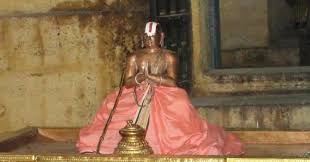 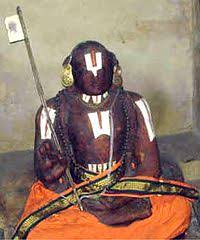 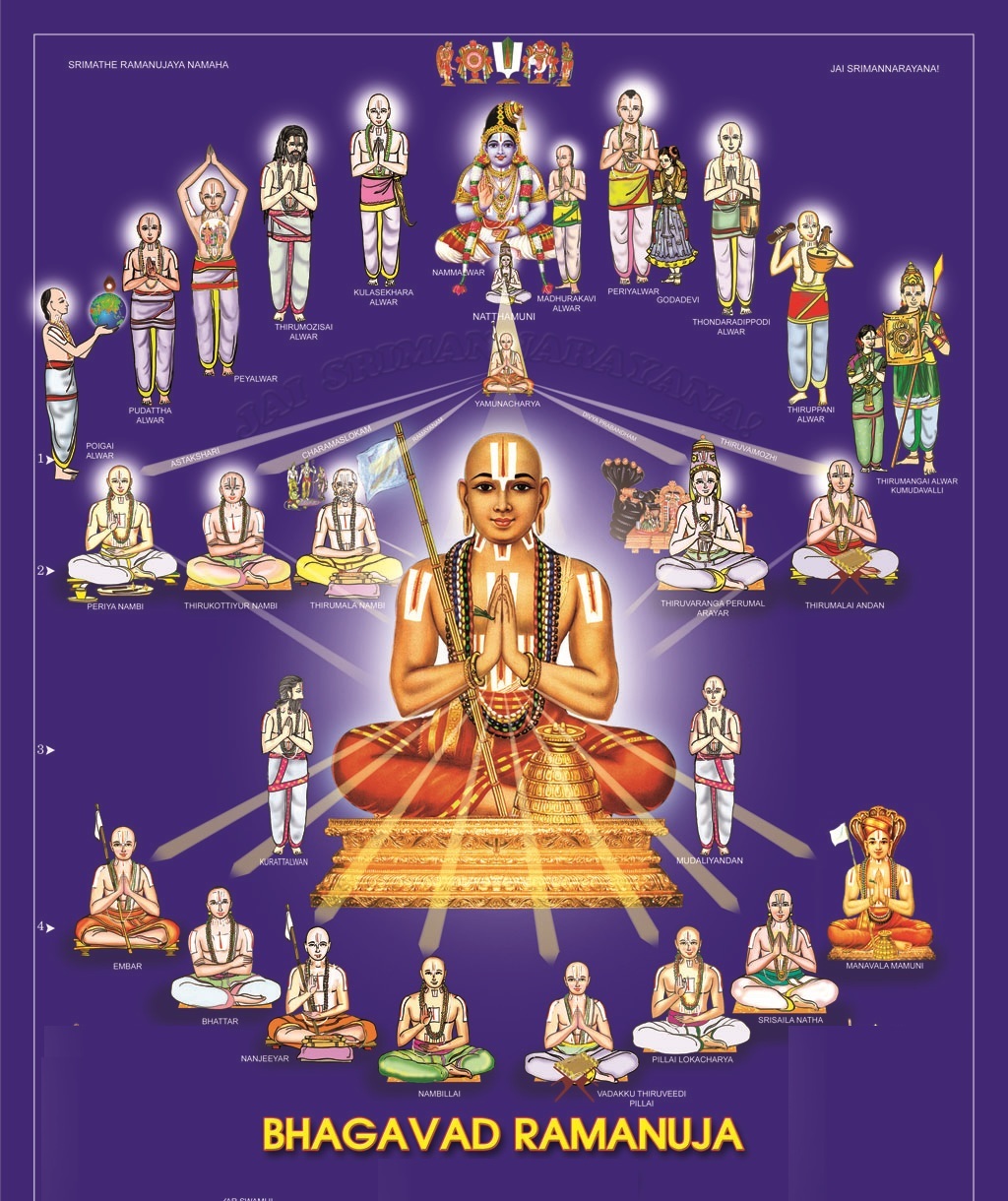 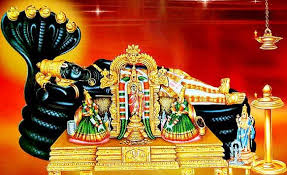 HIS AVATARA AND EARLY DAYS

Ilaya Perumal was born to Kesava Perumal Somayaji Dikhsitar and Kanthimathi Ammal at Sriperumpudur. Just as Sage Vasishta on seeing the brilliance in the face of the child named him as Lakshmana saying “Lakshmano Lakshmi Sampannaha”, Periya Thiru malai Nambi struck by the Tejas of the child, named him after Lakshmana as Ilaya Perumal. (PPM) aka Ilayalwar.
There is a sloka in Yadhavaachala Mahatmyam which says:
Ananthah Prathamam Roopam Lakshmanascha Tathah Parah |
Balabadram Thritheeyasthu Kalou Kaschit Bhavishyathi ||
(meaning) It is the same who was Adhisesha first, Lakshmana after and Balarama in the third who is born as Sri Ramanuja in the Kali yuga. This Kaschit is taken by our Poorva Acharyas as referring to Ramanuja (PPM)

His date of birth is placed differently by different authorities.As per PPM, he was born in Kaliyuga year 4119 which corresponds to 1017 AD. PPM fixes even the exact date as 13th April 1017 AD, interms of English Calendar.
PRA, though notes the year as 4118 Kali , maintains the year as 1017 AD only and gives additional information that the Rasi was Karkataka and the time of birth was exactly at noon.
VAC, MKS and MSR also agree on the year 1017. PTA gives a few more details like the Yogam being Ayushman, Karanam being Bhadra, Gotra being Harita, Saakha being Yajus, Sutra being Apasthambha and Sect being Vadama ( Vide p.45 of GLE).
PPM and ATA mention the year as Pingala, month Chitrai and the constellation Tiruvadirai. PPM adds that it was a Sukla Paksha Panchami, a Friday.
It will be for the Research minded scholars to piece together all these details to arrive at the correct date, time etc.
Vriddha Padma Purana presages his incarnation thus:-
” Long, long afterwards, the Lord himself will come down on earth as a Tridanda Sannyasin, to restore the good law. At that time heretics and men of perverted intellects will confuse the minds of the people. Aasuric Saastraas, based upon fallacious arguments and various schools of thought, very attractive and almost indistinguishable from the Vedanta, will turn away mens’ hearts from Vishnu and cause them to forget His glory. That glorious incarnation will, through the good fortune of the Lord’s devotees, come down upon earth, to explain and amplify the teachings of the great Sage Baadaraayana and the divine singer of the Gita. The holy one would compose a Bhaashya on the Vyaasa Sutras, to save men from the confusion and despair caused by spurious doctrines and lead them to the True faith” ( Vide p.44 of GLE)
While still a boy, he lost his father and was living with his mother at Kanchipuram under the protection of one ‘Tiruk kachi Nambi’ This Nambi was believed to converse and was on ‘speaking terms’ with Lord Varadaraja in the Archa form.

EVENTS IN THE LIFE OF SRI RAMANUJA

With his head on the lap of Embar and his feet on the lap of Vaduga Nambi, Ramanuja breathed his last in 1137 AD listening to the recitation of the Divya Prabandam.
Born in PINGALA year, he left for his heavenly abode also in PINGALA year that followed 120 years from the year of his Avatara. Thus, he lived TWO full cycles of Tamil years after his birth
PLV places the date in Saaka era 1009, Pingala, in the month of Magha, the 10 th day of Sukla Paksha under the constellation of Tiruvadirai and at noon ( as in the time of his birth).
TKG notes that Lord Ranganatha and Periya Piraatti bathed and purified themselves as relatives do.
PRA avers that he died on a Saturday
VAC places the date as 4238 Kali yuga which corresponds to 1137 AD.
PTA, however, states that he lived for 128 years and died in the year Durmati in the month of Vaisaka.
Again, Research scholars may fin ways to piece together all these information to arrive at the correct date.
His physical body is preserved even today in a sitting posture in the Sannidhi (Sanctum Sanctorum) dedicated to him on the southwest corner on the fifth round within the Srirangam temple as ordered by Lord Ranganatha himself.
The whole world is aghast at the feat of preservation of the mummies of Egypt and the body of St. .Xavier in Goa in India and make so much fuss about them.
Even some Srivaishnavas are not aware that here in Srirangam. their holiest place hailed as ‘ Bhuloka Vaikuntam’ ( Heaven on Earth) lies preserved the body of Sri Ramanuja in all its pristine state unostentatiously, without any fanfare or publicity and without using any of the chemical preservatives employed by the Egyptian and Goan models.
Swami Desika in Sloka 10 of his Yathiraja Saptadhi pays obeisance to Bhagavad Ramanuja thus before proceeding with his eulogy.
Pranaamam Lakshmana Munih Prathi Grihnaathu Maamakam |
Prasaadhayathi yat Sookthih Svadheena Pathikaam Sruthim ||
(meaning) I beseech Sri Ramanuja whose Srisookthis claimed the acclaim of the Lord and adorned the Upanishads to kindly accept my Pranams. There is another famous Sloka which says :-
Thasmai Ramaanujaaryaaya Namah Parama Yoginae |
Yah Sruthi Smrithi Sutraanaam Antharjvaramaso Samathaa ||
(meaning) I bow to that Sri Ramanuja, the great Yogi who became the very soul of Vedas, Upanishads and other Sutras.